Is there anything quite like a luxury holiday in Africa? This sprawling continent boasts some of the world’s most magical landscapes, from the sun setting over the plains, to lush waterways, beautiful winelands and rugged coastlines. The ultimate experience for wildlife lovers, take a safari to see the likes of lions, elephants and leopards, spot whales off the shore or see orangutans in the rainforest. Wherever you go, Africa is bound to astound you.

With so much to discover on a holiday to Africa, we recommend arranging your own bespoke itinerary to see as much as you can. Explore some of our favourite Africa holiday ideas or contact our Travel Specialists to create your own. 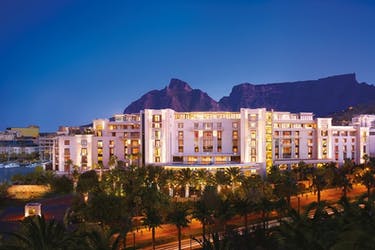 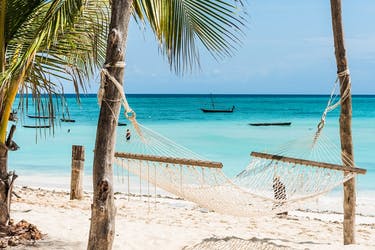 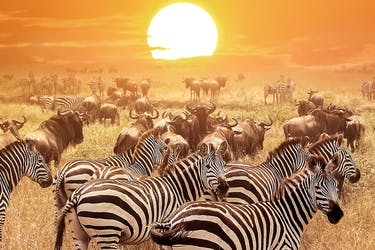 Natural Wonders of Tanzania With &Beyond 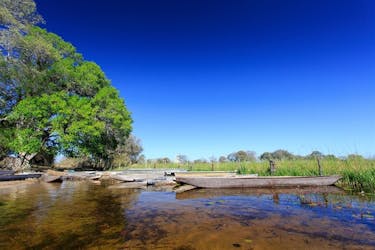 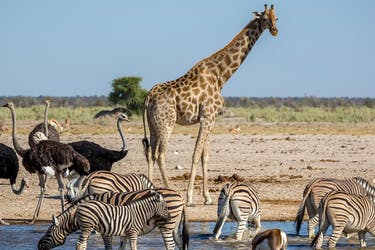 Our tailor-made luxury holidays to Africa

With a destination as rich and diverse as Africa, it’s so important to make every second count during your trip.

We know that everyone is looking for their own, personalised experience of this incredible continent. While some people have a love for spotting big cats, others have a passion for wine tasting or are looking for the most luxurious lodges to stargaze from.

At Inspiring Travel company, we take the time to listen to exactly what you’d like to get out of your holiday. Our Travel Specialists have first-hand knowledge of the wonderful destinations and experiences on offer and are here to help find the perfect options for you. So, to plan your bespoke luxury holiday in Africa, contact us and speak to our dedicated team today.

Our Luxury Destinations in Africa 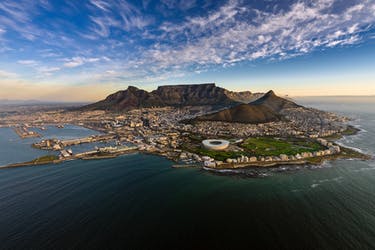 Known as a ‘world in one country’, South Africa has something for everyone. Take a safari, hide away in the winelands, drive the iconic Garden Route and explore the vibrant city of Cape Town. 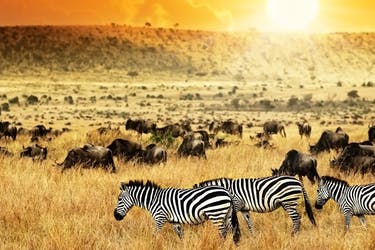 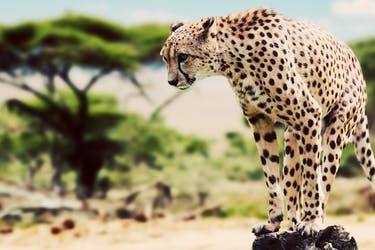 Home of the Serengeti, the Ngorongoro Crater and the soft sands of Zanzibar, Tanzania boasts a stunning landscape. Stay in a luxury lodge to stargaze, take a safari and see it in all of its beauty. 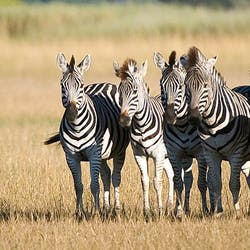 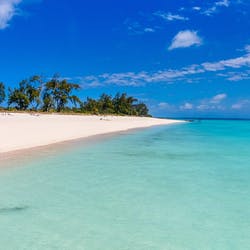 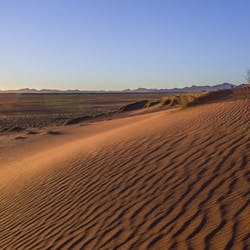 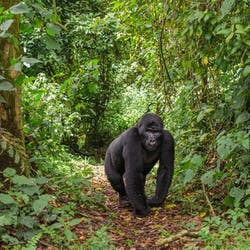 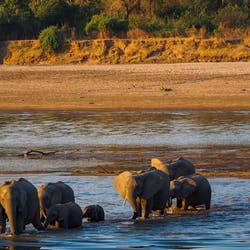 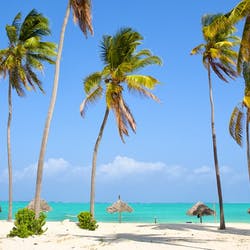 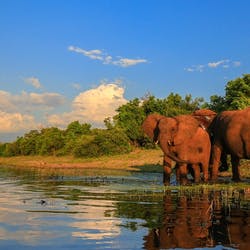 Whether you’re looking for a safari holiday, city break or a combination of the two, we’ve handpicked some of the finest hotels and luxury lodges for you to stay at. With tented camps located in prime game reserves, and luxury hotels boasting stunning views, find the perfect base for your trip 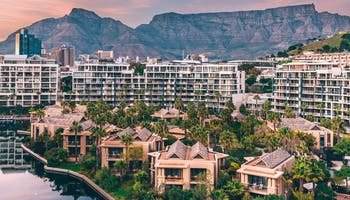 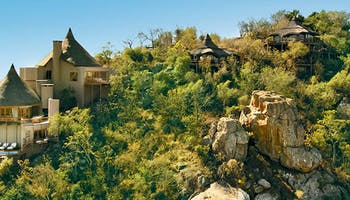 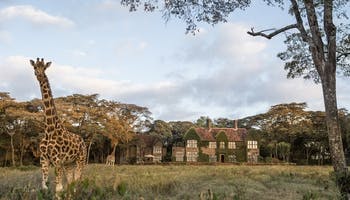 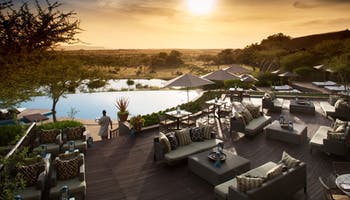 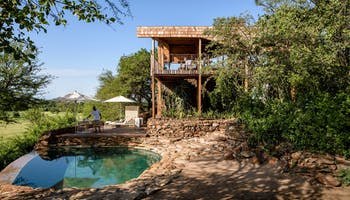 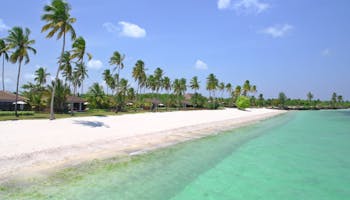 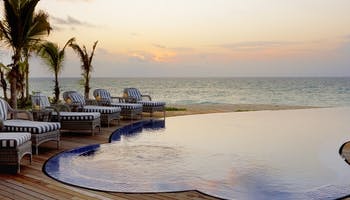 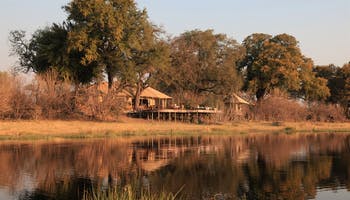 Holidays in Africa are mainly known for their outstanding safari experiences. But, there are countless other highlights that you shouldn’t miss out on! From a true array of wildlife viewing opportunities to stunning natural beauty, vibrant cities and some of the world’s finest food and wine, try and cover off some of our top things to see and do in your holiday plans.

The continent of Africa is a world of natural wonders. The magnificent landscape is incredibly diverse and varied, taking you from grassy savannahs to dense marshes and verdant rainforests as you traverse each country.

The uninitiated may think of Africa as being dry under the heat of the sun. But, water is the lifeline of the abundant wildlife that resides across the land.

The Okavango Delta in Botswana is one of the most beautiful and important habitats in the world. Set in Moremi Game Reserve, this UNESCO World Heritage Site features grassy plains that flood after every wet season, providing water for the hippos, elephants and crocodiles. Visitors can take a traditional mokoro boat cruise to explore it.

Namibia’s Chobe River is another vital cog in Africa’s landscape. Home to Africa’s largest elephant population, take a river cruise through the swampland and lush islands.

It’s not all flat plains and deltas in Africa. The towering Victoria Falls is a bucket list sight on many African holiday. Located on the border of Zambia and Zimbabwe, it’s one of the world’s largest waterfalls, with the water at its fullest between April and July.

In Tanzania, you’ll be astounded by the Ngorongoro Crater. Formed around three million years ago during a volcanic eruption, it’s now the largest intact caldera in the world and boasts truly breathtaking views.

Africa’s landscape can be eerie, too. The Skeleton Coast in Namibia is named for the shipwrecks that washed up as a result of the hostile weather offshore.

In Africa, the contrast between the verdant greenery and sparse dunes is almost unbelievable. In Rwanda, Volcanoes National Park is a mountainous region with sloping swathes of rainforest. It’s also an important home for the endangered gorillas who reside there.

Over in Namibia, meanwhile, are some of the biggest sand dunes in the world at Sossusvlei. Dry and baked in sun, visit Deadvlei to see the petrified acacia trees twisting out of the white pan floor.

An African safari experience is one of the continent’s biggest draws. You’ll be amazed at how diverse the wildlife and landscapes are across the number of reserves. While many visitors go in search of the ‘Big 5’ (elephants, lions, leopards, buffalo and rhino), there is always something new to discover.

At Inspiring Travel company, we feature some of the finest luxury lodges and tented camps in Africa, with prime locations near the likes of Kruger National Park, Chobe National Park and the Serengeti National Park.

From your lodge or camp, you can explore some of the best game reserves in Africa including:

While relaxing on your deck, you can often catch a glimpse of the incredible wildlife, such as elephants gathering around a waterhole and rare birds flitting through the trees.

Our Travel Specialists have visited many of these lodges and reserves themselves, so do contact them for more advice on any of our African safari destinations.

Aside from the Big 5, there are countless other wildlife experiences to be had when you travel to Africa. From spotting meercats skitting around, to the penguins on Boulder Beach and the beautifully diverse flora and fauna, keep your eyes peeled at all times.

One unmissable wildlife encounter on a holiday to Africa is the Great Migration. While the wildebeest of east Africa migrate through the Serengeti and Masai Mara year-round, the most spectacular part of their journey is their river crossing from July to September. Around two million wildebeest stampede their way from Tanzania to Kenya, making for a truly breathtaking sight.

It’s not just on land where you’ll find rich wildlife when you travel to Africa. You can also go in search of the ‘Marine Big 5’ on your holiday. This list includes the great white shark, southern right whales, dolphins, the Cape fur seal and the African penguin. Some are easier to see than others – Cape fur seals and African penguins can even be seen from Cape Town.

Others take a little more searching. Hermanus is a brilliant spot for whale watching, while the Western Cape is one of the best places to see a great white shark, the largest predatory fish on Earth.

In the jungles of Rwanda, primate lovers should take a trek in search of gorillas when visiting Africa. The mountain gorillas of east Africa are seriously endangered, though huge conservation efforts are helping to regrow their population.

Aside from wildlife, there are some vibrant cities to add to your luxury Africa holiday, too.

No holiday in Africa is complete without a visit to Cape Town. Few cities in the world can compare to the mix of culture, history and natural beauty on offer. From the beaches to the top of Table Mountain, you’ll also find fantastic food, wine and the beautiful V&A Waterfront. Be sure to visit Robben Island, where Nelson Mandela was imprisoned for 18 years, to learn more about South Africa’s history of apartheid.

As one of the most important cities in South Africa, don’t think of Johannesburg as just a stop-off. The Maboneng district has evolved into a trendy spot with plenty of street food, galleries and murals to see. History lovers can visit the Apartheid Musuem, while shoppers can head to Nelson Mandela Square for luxury stores and excellent restaurants.

When visiting Namibia on your Africa holiday, you may well pass-through Windhoek. If you take the time to explore it, you’ll find a fascinating culture, where German influences mix with modern day Africa. The European style architecture may surprise you, though it’s a clue to the country’s complex colonial history. A visit to the Independence Memorial Museum teaches more about Namibia’s journey to freedom.

Foodies and wine lovers will be delighted on luxury holidays to Africa. South Africa is one of the most highly celebrated wine producing regions in the world, with a history dating back hundreds of years.

You can sample a wonderful selection of wines while dining in Cape Town, though if you drive just an hour east, you’ll enter the winelands. There are three main towns – Franshoek, Stellenbosch and Paarl – where you can visit the vineyards for yourself. Cycle the beautiful peaceful scenery and enjoy guided tours, tasting and food pairings.

On the topic of food, you’ll find flavourful, fresh ingredients on offer across Africa during your holiday. Traditional dishes have a mix of European, African and Indian influences, resulting in some exciting dishes. Of course, meat eaters will also want to try a traditional braai, or barbecue, which is often a wonderful way to end a day while on safari.

Where is Hot in January?

January is the perfect time to treat yourself to a holiday somewhere hot and sunny. After the long,...

The Most Beautiful Places to Go Wine-Tasting This Year

Which One&Only Resort Should You Visit This Year?

When it comes to holidays, everyone's looking for something different. The One&Only Resorts portfol...