Holidays to Belize are the perfect combination of Central American culture and Caribbean beaches.

Holidays to Belize are the perfect combination of laid-back Caribbean beach vibes and Indiana Jones-esque adventures within its lush jungles and ancient Mayan sites.

Belize is the only officially English-speaking country in Latin America and is blessed with stunning coastline, picturesque islands and talcum-powder soft beaches. Inland, the country is taken up by vast swathes of national parks and wildlife reserves, where residents run the full spectrum of size from minuscule cutter ants to the elusive, elegant jaguar. The tangled jungles shelter some 570 species of bird, who flutter between rippling lagoons and through the cloud forest, with monkeys, peccaries and iguanas for company. Those with a keen eye may even spot Belize’s resplendent national bird – the showy toucan, in all his colourful glory.

Belize holidays offer amazing diversity, not least beneath the waves. Second, only to Australia, Belize is home to the second-largest barrier reef in the world and offers a similar standard of diving and snorkelling. The series of cayes dotted off the coast are home to stylish and affordable beach resorts, where scuba diving and fishing villages draw a laid-back crowd. The famous Great Blue Hole, located 70 kilometres from the mainland, is renowned for its enigmatic blue depths and circling sharks, rather than colourful corals.

Almost half of the country is environmentally protected, meaning wildlife has flourished and rare species to be spotted include the ocelot, puma and tapir.

Hidden within the jungle you’ll also discover the preserved remains of Mayan ruins, including the extensive Caracol, close to the border with Guatemala. As a British colony for more than 100 years, Belize has a curious blend of colonial traditions that fuse with the indigenous Maya, Garifuna and Mennonite communities.

For a comprehensive tour of Central America, Belize can be combined with other nearby countries and is especially enjoyable when visited alongside Guatemala. Here you’ll find an extension of Belize’s sights, such as charming towns, bustling markets and pyramid temples.

First-hand inspiration and travel advice from our Travel Specialist is just a call away; call today to discuss our holidays to Belize.

Where to go in Belize 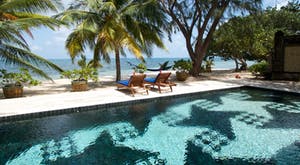 Sandwiched by the Placencia Lagoon and the Caribbean Sea, this eco-resort was restored in 2001 after the original property was devastated by Hurricane Iris. Architect Made Wijaya has designed the resort in a Balinese style, with rich wood carvings and colourful textiles throughout. Guestroom amenities include the innovative ‘Shellphone’ for communicating with reception, local organic toiletries a... 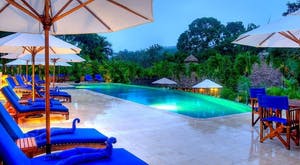 Set on a 400-acre private reserve, Chaa Creek is a celebrated eco-lodge in Cayo District; the lodge was named in first place at National Geographic’s World Legacy Awards for 2017. Nestled on the banks of the Macal River, the lodge’s location means it’s the perfect base for visitors to explore and immerse themselves in Belizean culture, history and nature. The focus on sustainable and responsible ... 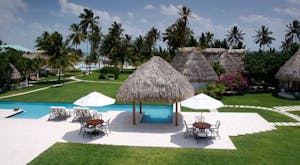 Victoria House sits overlooking the sea at Ambergris Caye and offers serene luxury and a beachside paradise for all travellers. Whether you stay in a Stateroom, Plantation Room, Casita, Suite or Villa, you’re guaranteed top-class amenities, stylish décor and warm and friendly service from resort staff. All accommodation has air-conditioning and ceiling fans, and guests benefit from a complimentar... 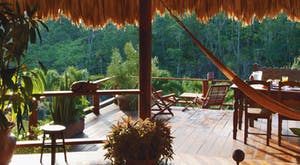 The story goes that Francis Ford Coppola discovered this property in the early 1980s and converted it into a private writing retreat. What became Blancaneaux Lodge is now made up of 20 villas and cabañas available for visitors, all featuring charming décor and art. Many of the building styles are based on architecture Coppola saw while filming Apocalypse Now in the Philippines. There are several ... 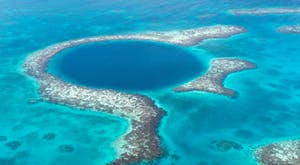 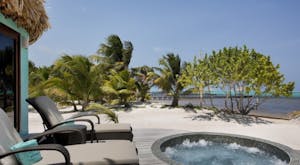 The emphasis is well and truly on pampering and relaxation at Matachica Resort. The resort is adult-only (minimum age 16), guaranteeing a tranquil atmosphere enhanced by warm, friendly staff. Villas come in a variety of styles, and each is individually decorated with bright colours. Traditional thatched roofs and vibrant walls and floors are complemented by an array of art collected from around La...